(Fundación Palarq) A new excavation in Eritrea, in the Horn of Africa, provides remains of giant fauna, plant trunks and tools from more than a million years ago

A new excavation in Eritrea, in the Horn of Africa, provides remains of giant fauna, plant trunks and tools from more than a million years ago

These findings will help to better understand the climate and ecology of the Lower Pleistocene in the Engel Ela-Ramud basin.

The excavation was carried out from February 16 to March 11 co-directed by Bienvenido Martínez-Navarro, ICREA research professor at IPHES 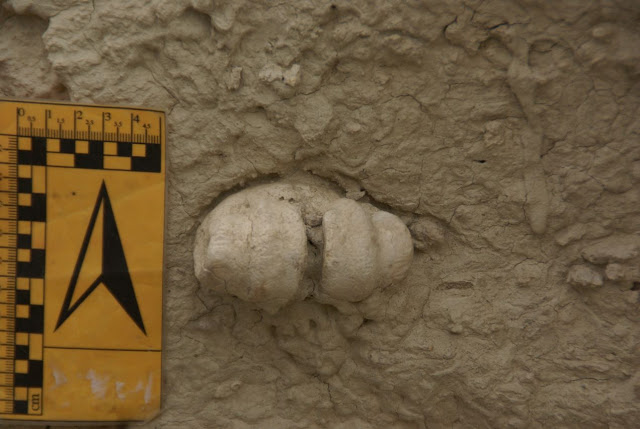 Buffalo bone fragment. Photo: Engel Ela-Ramud Project
Between February 16 and March 11, a team made up of professionals from paleontology, archeology and geology, co-led by Bienvenido Martínez-Navarro, ICREA research professor (Catalan Research Institute and Advanced Studies) attached to IPHES ( Institut Català de Paleoeoclogia Humana i Evolució Social), and Tsegai Medin, researcher at the Eritrea Commission for Culture and Sports (ECCS), carried out the eighth excavation and prospecting campaign in the Engel Ela-Ramud basin , in the northernmost sector of the African Rift Valley, in the Afar triangle, near where the famous Lucy was discovered. The works have contributed remains of giant fauna, fossilized plant trunks and lithic tools from more than a million years ago, which will help to better understand the climate and ecology of that period in Africa.

Thanks to paleontological and archaeological surveys carried out in the Delahaitu, Gameré and Bolali areas, important fossils of large mammals have been located , some of them on the surface and many others in their original position, especially of buffalo, elephants and pigs, and the lithic industry achelense. In addition, the sectors of Erau have been surveyed, where a new level with fossils has been identified, in which two incomplete skulls of the giant hippopotamus ( Hippopotamus gorgops) appeared. Lorenzo Rook and Luca Pandolfi, from the University of Florence, Tsegai Medin and Dawit Araia from ECCS, the restorer hired by IPHES, Jesús Peinado, and Welcome Martínez-Navarro have participated in these works. 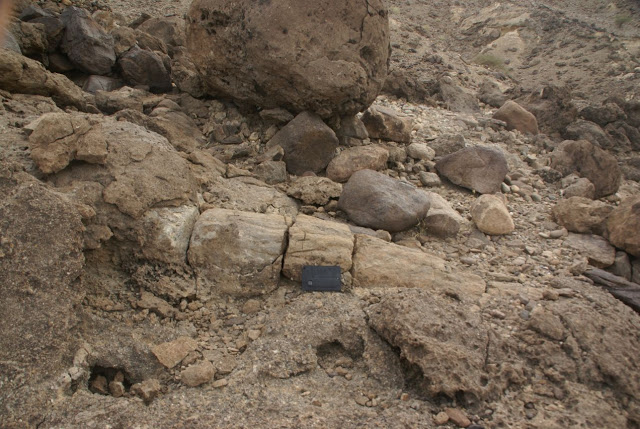 With the same equipment, the Dibokole-Diaritana sector has been surveyed for the first time, where some of these bovine bones have been obtained , and trunks of fossilized plants that will allow us to know the tree species present in the region during the Lower Pleistocene.

The excavation of the Luba Gadhi II-Gallardo deposit has also continued under the direction of Antoni Canals (IPHES-URV) with the collaboration of Abel Ghirmay, Isaias Tesfazghi and Samuel Tesfamariam (ECCS). A total of 14 m 2 has been acted on and 44 records corresponding to the lithic industry of Aculeles and fauna have been recovered, mainly corresponding to crocodile, hippopotamus and a giant pig called Metridichoerus compactus .

At the same time, during the recent campaign, the geological works led by Prof. Oriol Oms of the UAB have continued, influencing not only the collection of geological and cartographic data, but also various stratigraphic series have been sampled (Ado Qwawleh, Sasaktoli, Gameré, Luba Gadhi and Erau) for the study of isotopes through the records of ostracods and gastropods, by Alejandro Granados of the University of Malaga, which will help to better understand the climate and ecology of the basin during the lower Pleistocene.

The last week of the campaign, already in the capital of Eritrea, Asmara, was devoted to the restoration and study of archaeological and paleontological materials in the Laboratory of the Commission for Culture and Sports, directed by Tsegai Medin.

The project entitled “Plio-Pleistocene archaeological and paleontological study of the Engel Ela-Ramud basin, Danakil depression (Eritrea)” is funded by the Palarq Foundation and the Ministry of Culture, and began in 2012 with the participation active of Professor Eudald Carbonell (IPHES, URV, Fundación Atapuerca), who was co-director of the project until last year.

Information prepared by Cinta Bellmunt, head of communication at IPHES
-

(Software Translation)
Back to Dehai News