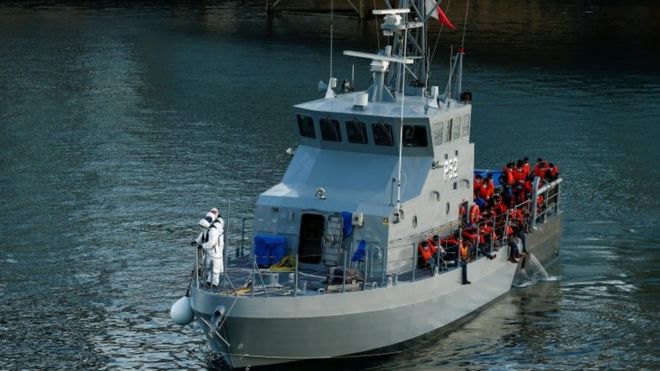 REUTERSIn tests carried out on arrival, 65 were found to have Covid-19

More than two thirds of a group of 94 migrants rescued in the Mediterranean by the Maltese coastguard have tested positive for coronavirus.

In tests carried out on arrival, 65 were found to have Covid-19.

Twenty tested negative, and a further nine will receive their results later.

The migrants - thought to be from Eritrea, Morocco and Sudan - were reported to have been at sea for 30 hours before being picked up when their vessel started taking on water.

They will remain in quarantine at a reception centre.

"Migrants arriving by boat are immediately quarantined for 14 days and tested. The migrants who are positive will continue to be isolated and the rest will remain in quarantine and followed up," the health ministry said.

The group had reportedly set off from Libya in a small boat. They were only discovered after sending out a distress signal. 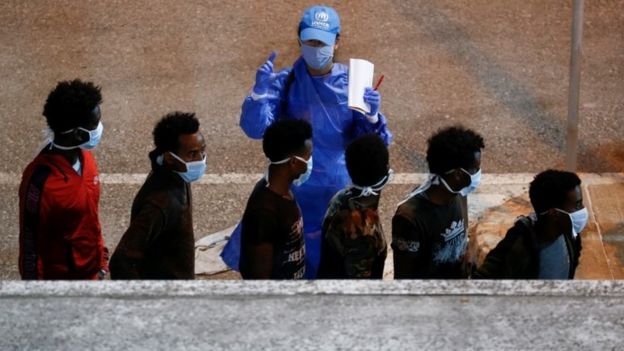 "This group arrived in Malta together and were in contact with very few other people before they were tested," the ministry added, playing down the likelihood of locals getting infected.

The new cases mean that Malta's total of active cases has shot up to 99, AFP news agency reports.

It was the single largest cluster of positive cases detected on the small island since the first person tested positive on 7 March. The previous record one-day total of new cases was 52 in April.

There have been nine recorded virus deaths on Malta.

When the pandemic was at its height in Europe, the country of 450,000 locked down its ports completely, including to rescued migrants.