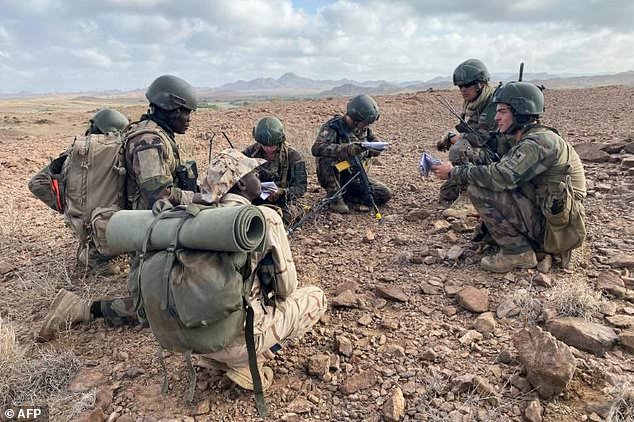 France's armed forces are straining their sinews in Djibouti right now, training in the desert alongside local troops and practicing air defence while elite units are doing assault exercises.

Down at Djibouti's port, workers are busy preparing for the arrival of the French Navy's flagship, the aircraft carrier Charles de Gaulle, which is due to stop over in March on a mission to the Indian Ocean.

"We have unequalled freedom of action and training here," said Colonel Olivier Saunier, head of the air base for the French Forces in Djibouti (FFDJ).

The Horn of Africa country has special links to France -- an association that will be underlined with pomp on Friday when Djibouti's president, Ismail Omar Guelleh, is received in Paris by his French counterpart, Emmanuel Macron.

France and its former colony signed defence accords in 1977, again in 2011 and are now renegotiating them. 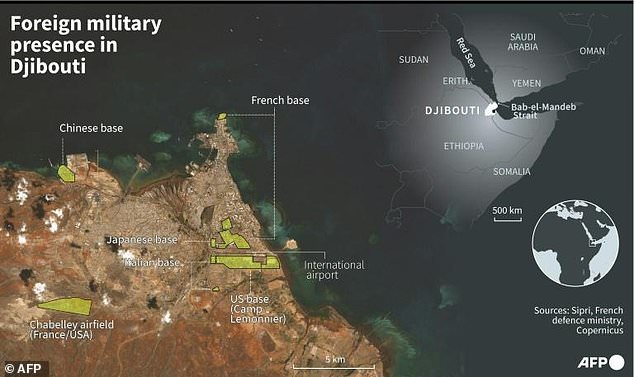 Under the pact, France provides Djibouti with air protection and in return for $40 million (33 million euros) in annual rent gets its biggest foreign military base -- a springboard for 1,500 French troops, warplanes and ships here.

The strategic value of Djibouti is hard to overstate.

The country of one million people is located halfway between Europe and Asia and overlooks the narrow strait between the Red Sea and the Gulf of Aden -- a chokepoint for world shipping.

But it is also a haven of stability in a region notorious for tension and strife, from Ethiopia, Eritrea and Somalia to Yemen.

"The point of our presence here is to be able to give our government a view of the situation," the FFDJ's commander, General Stephane Dupont, said.

France is not the only country with eyes on Djibouti.

In the last two decades, as the French military contingent in Djibouti halved, several other major powers have wooed the country. 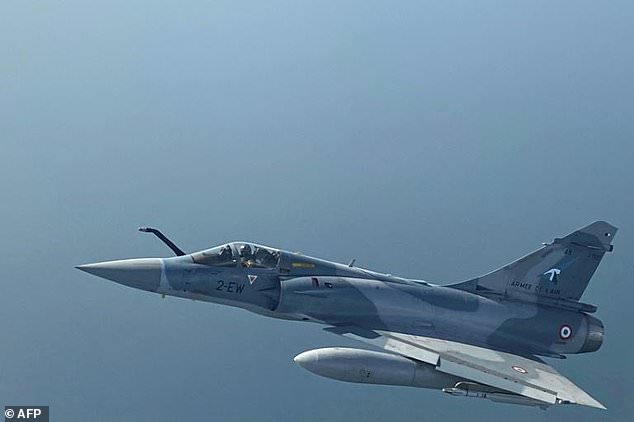 In 2002, the United States set up its only permanent base in Africa.

The facility houses 4,000 troops and is used to carry out operations against jihadists in Somalia and Al-Qaeda in the Arabian Peninsula (AQAP).

Japan and Italy have also set up stall here to help anti-piracy operations along the vital shipping lanes.

Since 2017, China has had a port and military base, underscoring its vast trade interests in the Horn of Africa.

Russia, too, is close by -- in December, it sealed an agreement with Sudan to create a naval base on the Red Sea that could host up to 300 people.

"Today, with the Chinese new Silk Road initiative, everyone is jockeying for control of the Red Sea," said Sonia Le Gouriellec, a French political researcher and author of a book on Djibouti's strategic role.

But to do so requires a stable platform from which the military can operate -- and the options are few.

"(The breakaway Somali territory of) Somaliland isn't recognised yet, Eritrea is a totalitarian state, Sudan is only now starting to open up, the situation in Yemen is catastrophic. Djibouti is what's left," she said.

A frequent grouse voiced by Djibouti is that France fails to invest sufficiently in its economy.

"Paris should be aware that Djibouti's interests are not just geo-strategic but also geo-economic," Guelleh said in November in an interview with the French magazine Jeune Afrique.

But French officials are keen to pitch the argument that both sides gain from the relationship.

"Our military presence has a dissuasive aspect which greatly contributes to Djibouti's stability and economic development," said Dupont. 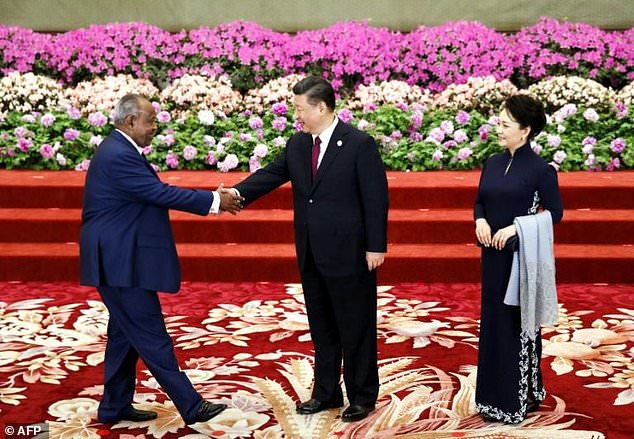 Chinese welcome: Djibouti's leader Ismail Omar Guelleh is received at a banquet in Beijing in April 2019 by President Xi Jinping and his wife Peng Liyuan

Captain Jean-Yves Piasecki, who commands the FFDJ's naval base, said "the French military are the only ones who bring their families out, contributing to schools and shops."

France's involvement accounts for around four percent of Djibouti's GDP, according to French figures.

"France and Djibouti have an on-off relationship," said Le Gouriellec.

"When the Chinese arrived, the mood was euphoric," spurred by the vast sums Beijing was pumping into infrastructure projects, she said.

"Today, though, the Djiboutians are having problems repaying the (Chinese) loans. As a result, France is still the partner who's always been around."