Eritrean actress Winta Gerezgiher is nominated at the 6th Edition event of Sotigui Awards 2021 (Burkina Faso) for the best African TV show, for her acting in the "Machelo -ማጨሎ" TV Series. 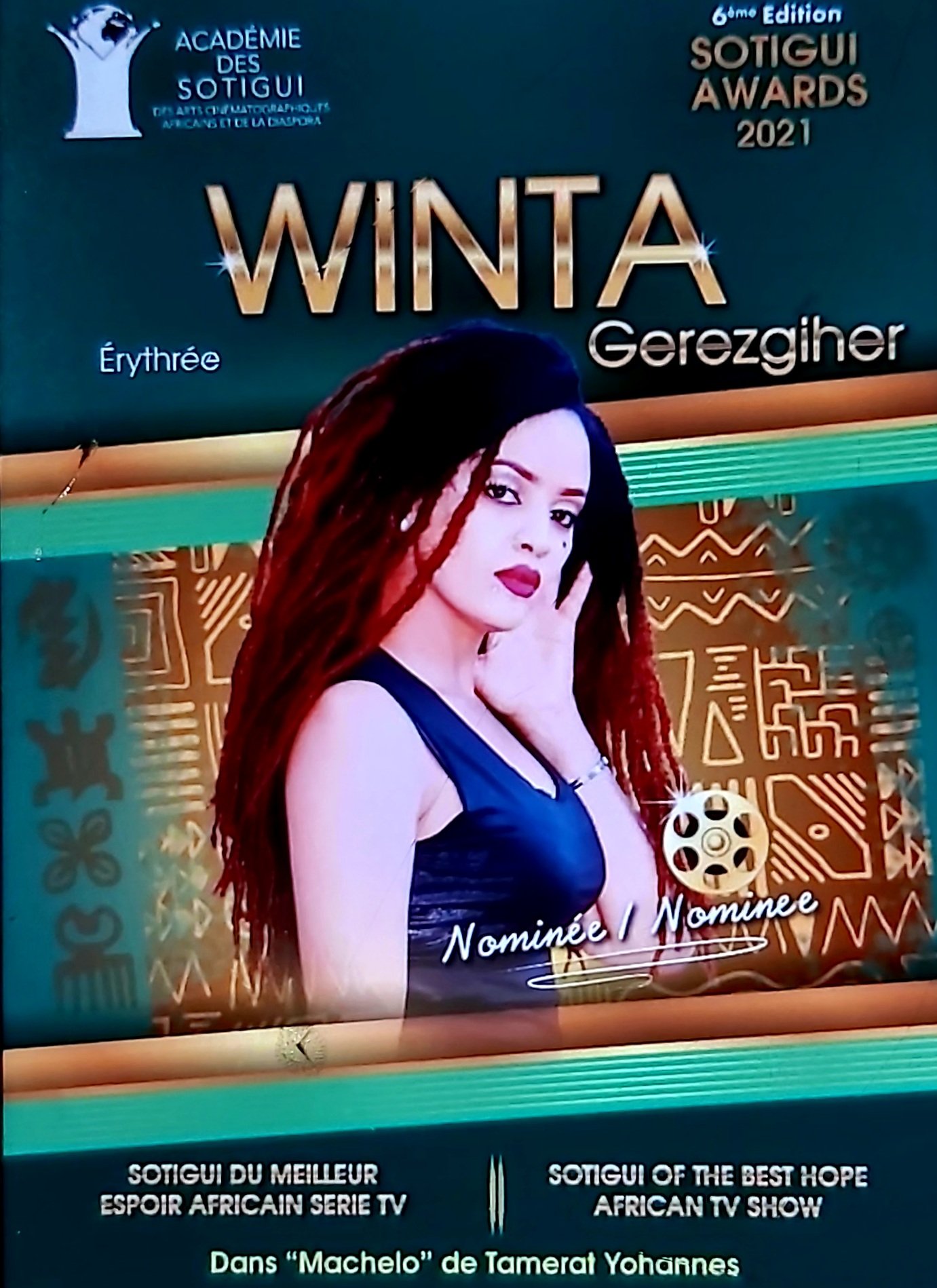 The Sotigui Academy during a press conference held on September 04, 2021 in Ouagadougou, presented the list of actors nominated for the 6th edition of the Sotigui Awards.

They are a total of 38 film actors who will be awarded during the 6th edition of the Sotigui Awards. The event is scheduled to be held from November 10 to 13, 2021. The theme chosen for this edition is "Status of the Artist and fair remuneration of actors-comedians of African cinema and the diaspora"

According to the president of the Académie des Sotigui, Kévin Moné, several innovations will occur during this 6th edition. It will above all be a question for the Sotigui to launch a social network specially dedicated to cinema professionals. “The major innovation is Mov-Up, the professional network that we are going to set up so that actors, directors and filmmakers can meet on this platform to interact,” he declared. In addition, this year, the Sotigui Awards will have a guest country of honor which is Gabon. It is also planned to organize an “AFTER SOTIGUI” with the movie stars just after the closing ceremony. This evening will be open to the public according to Kévin Moné. And like the previous edition, during this 6he edition of the Sotigui Awards, the Hashtag concept `` WE DRESS WE AFRICAINS '' will once again be launched and participants and audiences will be recommended to dress in a traditional way in order to enhance African culture.