The 21-year-old Eritrean rider, vice-world champion, has been voted African cyclist of the year for the second time in a row. A distinction awarded by a jury chaired by Bernard Hinault. 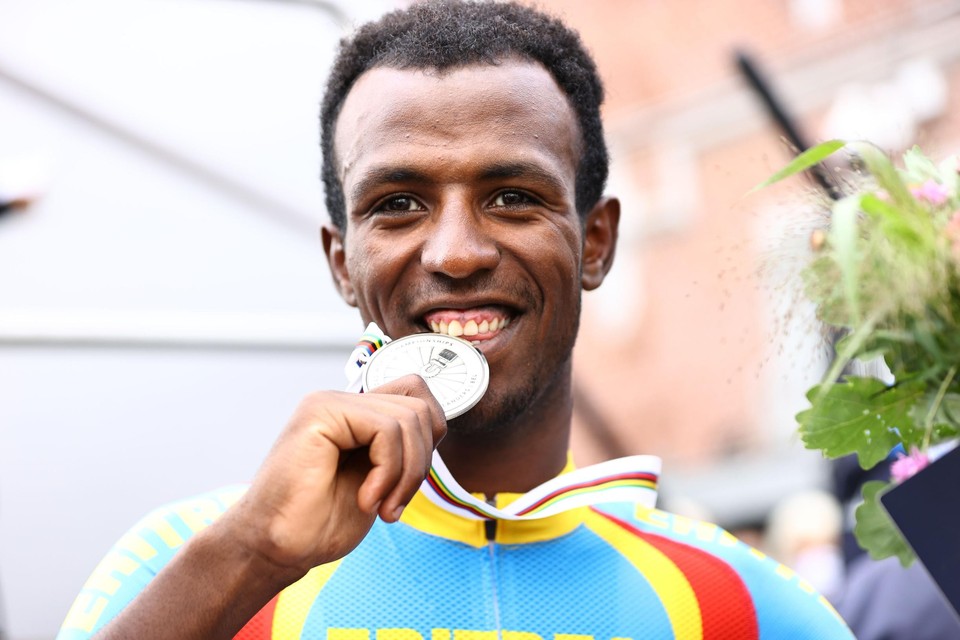 For its tenth year of existence, the African cyclist's trophy, created by the organizers of the Tropicale Amissa Bongo in Gabon, went to the young Eritrean rider Biniam Girmay, already winner last year. His silver medal at the last World Championships in Louvain, behind the Italian Filippo Baroncini, did not go unnoticed by the jury chaired by Bernard Hinault and made up of African and European runners, coaches and journalists. It is the first time that an African runner has achieved such a place at a World Cup.

"Because he is promised a great career"

"What he achieved in Louvain is a real performance ," said the five-time winner of the Tour. He really impressed me because the best of his age group were there that day. I had already seen him in Gabon on the Tropical in 2019, beating André Greipel in a sprint when he was not yet 19 years old. I have been since, because he has the promise of a great career. "

He joined the World Tour during the season this year with the Belgian team Intermarché-Wanty-Groupe Gobert, after starting his professional career with the Marseillais de Delko in May 2019.