(FBC) Ethiopians, Eritreans Campaigning To Get Dr Tedros Adhanom Removed From His Post As WHO Chief 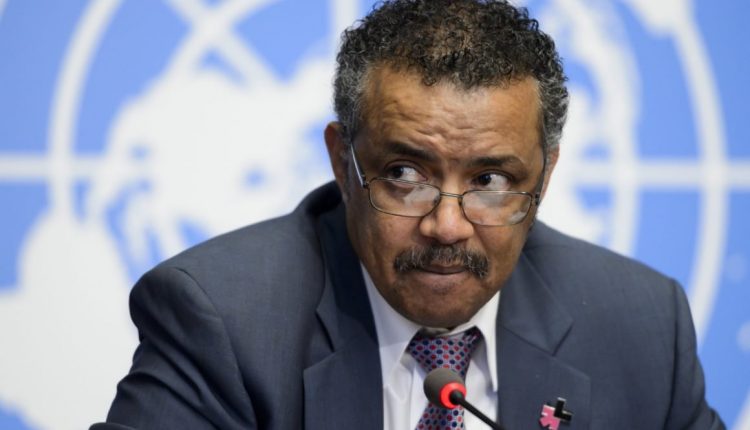 Ethiopians, Eritreans Campaigning To Get Dr Tedros Adhanom Removed From His Post As WHO Chief

Addis Ababa, (FBC) – An international campaign involving Ethiopians and Eritreans living in several parts of the world is underway with a view to get Dr Tedros Adhanom removed from his post as Director General of the World Health Organization (WHO).

The campaing which also includes friends of Ethiopia is aimed to ring leaders of the terrorist TPLF including Dr Tedros Adhanom accountable for the atrocities being committed on innocent civilians in Ethiopia.

Coordinators of the campaign said Tedros Adhanom is covering up the atrocities agains civilians and vandalism committed by the terrorist TPLF on hospitals and other health facilities in Ethiopia misusing his position at an international organization, WHO.

“We the people of Ethiopia and Eritrea and Ethiopian-Eritrean descent along with international allies present you objective facts about Dr. Tedros Adhanom Ghebreyesus proving that he is unfit to be the Director General of the WHO.”, the coordinators said in a statement.

“Dr. Ghebreyesus lacks the competence, impartiality, accountability and transparency that we feel is required for a position of this magnitude, he is also an embarrassment to the core values of WHO. One of the core principles in the constitution of WHO reads: “Informed opinion and active co- operation on the part of the public are of the utmost importance in the improvement of the health of the people”., they added.

“Dr. Ghebreyesus is an active and current member of the Tigray People’s Liberation Front and is a part of a consorted and coordinate effort to smear and over throw the current democratically elected government of Ethiopia. His efforts have destabilized the Horn of Africa during a global pandemic. The TPLF has ransacked thousands of hospitals which has exacerbated the condition of health care in Ethiopia, increased the number of internally displaced people within Ethiopia and put millions of individuals at risks of death and disease due to the lack of proper care centers and access to medicine and medical equipment.”

They shared the following statement about Dr. Ghebreyesus’s leadership and position and have attached a paper that exhibits the candidate’s overall record at the helm of the Ministry of Health and Foreign Affairs of Ethiopia in more than a decade. The document highlights the following:

“The candidate has failed to be transparent by forcing the Ethiopian Ministry of Health to not report and cover up a Cholera epidemic throughout his tenure by simply renaming a deadly epidemic as an Acute Watery Diarrhea (AWD) even after the diagnosis of Vibrio Cholerae was confirmed. His priority in deciding so was to conceal the impact a public admission of Cholera epidemic might have on Tourism and image of his Party rather than protecting the international community and attempting to reach out to the affected areas. Such a sad error due to lack of judgment resulted in a nationwide epidemic.”

“The candidate has treated his own citizens differently based on their ethnicity contrary to WHO’s goal of building a better, healthier future for all people throughout the world. While WHO strives to better the lives of underserved and marginalized communities, Dr. Ghebreyesus who descends from Tigre ethnic group disfavored the “Amhara Regional State” along with other regional states through poor health care. For instance, disproportionately high mortality coupled with selective application of contraceptives use has led to a selective reduction of the growth rate of the Amhara people. Such disparities were created and gaps increased across all measures of health in his leadership tenure. Of particular importance is the unexplained 2.5 million decrease in the Amhara population under his healthcare leadership. The Amharas were victimized and punished due to their ethnic background.”

“We understand that accountability, integrity, transparency and honesty are among WHO’s core ethical principles. Sadly, Dr. Ghebreyesus has failed to meet all these standards while he assumed his role in the aforementioned posts. Therefore we believe that it would be a travesty of justice if WHO awards its highest position to a person who violated WHO’s core principles and whose deliberate actions and inactions have claimed the lives of millions of Amhara people as well as other Ethiopians.”

“We urge WHO members to look at the attached review of the data that have been published by the Ethiopian FMOH, and learn how Dr. Ghebreyesus and his associates systematically discriminated against the Amhara people in Ethiopia while preferentially treating others with a high level of open partiality. We at the APU thank you in advance for the attention you give to the attached document entitled “International Organizations Leadership Recruitment Policies:  the Failed Experiment of Dr. Tedros A. Ghebreyesus Candidacy for WHO Director General position”.