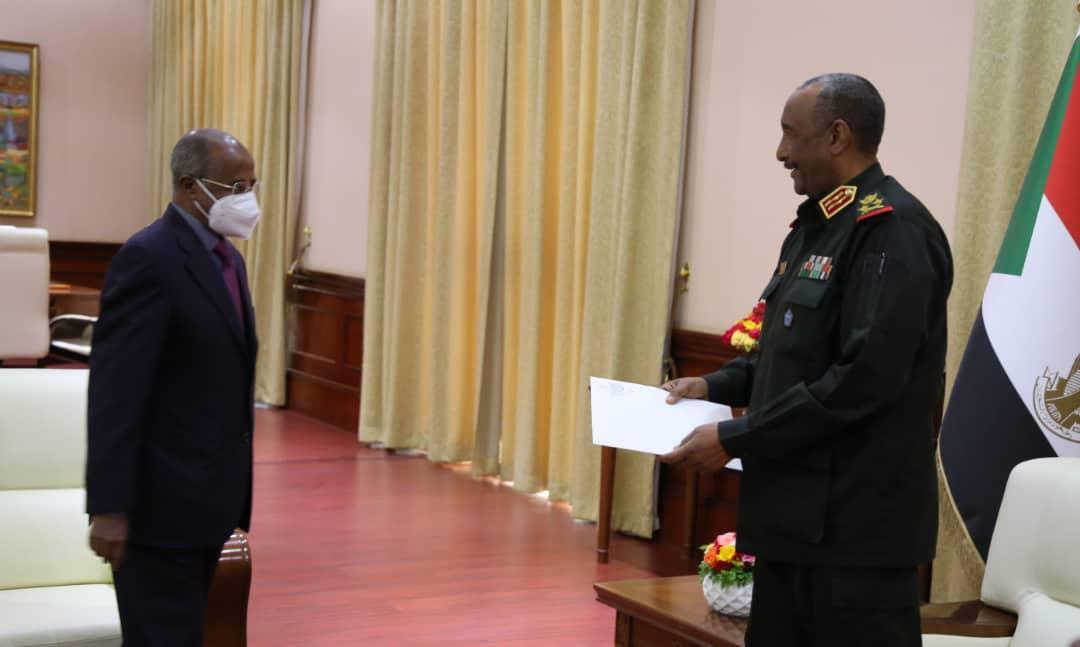 Al-Burhan received a message from Afwerki-Sona
Khartoum 4-11-2022 (SUNA) - The Chairman of the Transitional Sovereignty Council, Lieutenant General Abdel Fattah Al-Burhan, received today a written message from Eritrean President Isaias Afwerki regarding bilateral relations and ways to support and develop them in all fields, which was handed to him by the Eritrean Foreign Minister.
This came when he met at his office in the Republican Palace today the visiting Eritrean delegation, which included Eritrean Foreign Minister Osman Saleh Mohamed and Eritrean President Adviser Yemane Ghebreab, in the presence of the Eritrean Ambassador to Sudan, Ambassador Issa Adam Issa.
The delegation conveyed the greetings of the Eritrean President to the Chairman of the Sovereign Council and his wishes for progress, development and stability to him and Sudan.
The meeting stressed the importance of supporting prospects for joint cooperation between Khartoum and Asmara and strengthening bilateral relations to achieve the aspirations and hopes of the peoples of the two countries.