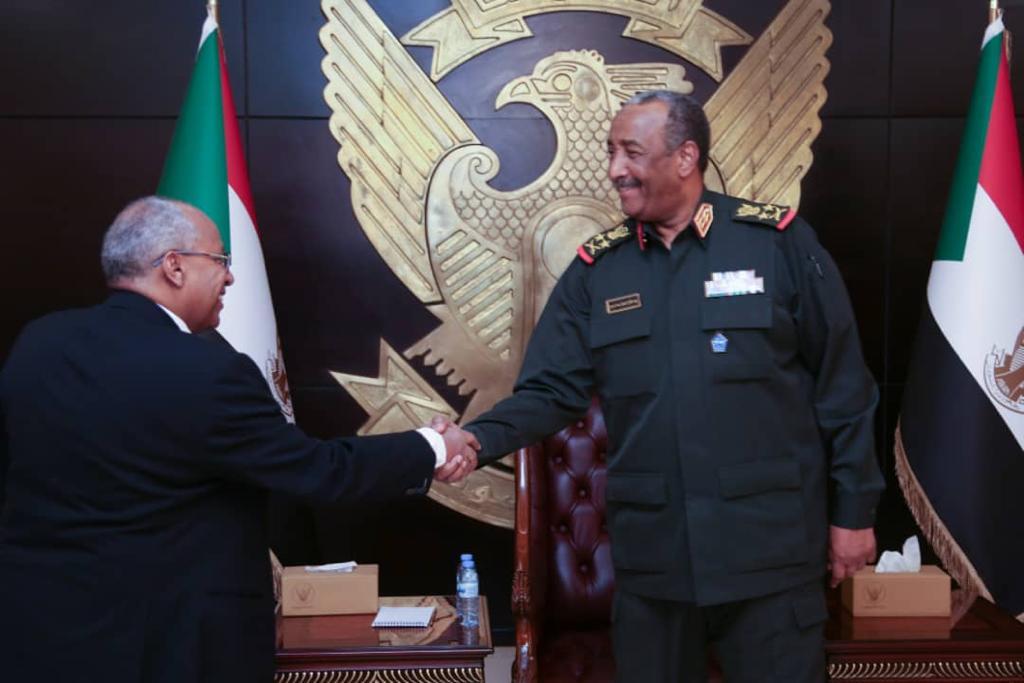 Khartoum, June 16 (SUNA) – The President of the Transitional Sovereignty Council, General Abdel Fattah Al-Burhan has lauded the firmness of the Sudanese-Eritrean, relations, describing them as strategic.

General Al-Burhan who received, today, at the Republican Palace, the Eritrean Ambassador to Khartoum, Issa Ahmed Issa affirmed the necessity for the promotion of the bilateral relations between the two countries to serve the interests and aspirations of the peoples of the two countries.