World Health Organization says peace process has not yet allowed medical aid to reach all those in need in Ethiopia’s northern region. 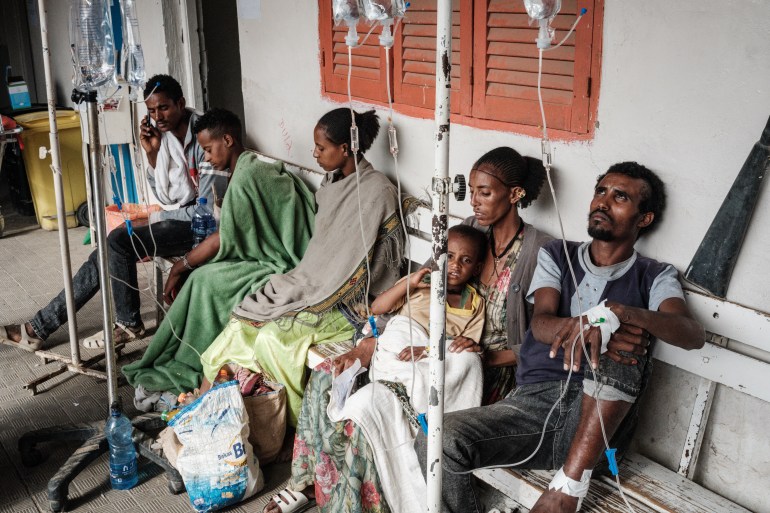 The WHO highlighted the enormous scale of medical and health assistance that people in Tigray need [File: Yasuyoshi Chiba/AFP]
December 03,2022

The United Nations still cannot get unfettered access to bring humanitarian aid into Ethiopia’s Tigray, one month after the ceasefire, the World Health Organization (WHO) has said.

The UN’s health agency said on Friday that just a trickle of aid had managed to get into the northern region which is in the grip of a humanitarian crisis after a two-year conflict.

The Ethiopian government and regional forces from Tigray agreed on November 2 to cease hostilities, a dramatic diplomatic breakthrough in a war that has killed thousands, displaced millions and left hundreds of thousands facing famine.

“That peace process has not yet resulted in the kinds of full access, unfettered access and in the massive scale of medical and health assistance that the people of Tigray need,” the WHO’s emergencies director Dr Mike Ryan told a news conference.

“I remain cynical on that front because we’ve been a long time waiting to get access to these desperate people.”

Last week the UN’s World Food Programme said aid deliveries into Tigray were “not matching the needs” of the stricken region.

Ryan said there were issues in the west of Tigray in areas under the control of militias, and other areas controlled by Eritrean troops.

“There are still significant parts of the country that are occupied by Eritrean forces, for which there is no access, and very disturbing reports emerging around the experiences of the people there,” he said.

Troops from Eritrea, to the north, and forces from the neighbouring Ethiopian region of Amhara, to the south, fought alongside Ethiopia’s military in Tigray but were not party to the ceasefire.

Tigray was isolated from the world for more than a year and faced severe shortages of medicines and limited access to electricity, banking and communications – services that need restoring for relief logistics operations to function.

“It’s really hard to plan a scale-up when at every moment you can have your ambitions curtailed,” Ryan said, adding that UN bodies “welcome any cessation of violence, any access that’s given”

“But the people in Tigray are desperate,” he said. “They’ve been years now without access to proper healthcare and nutrition and they need our help now. Not next week, not next month. Now.”

Ryan said some WHO staff had been able to go in, while a small fuel allocation might allow the organisation to service a tiny percentage of the needs in the region.

Meanwhile on Thursday Ethiopia’s government said that it together with Tigrayan forces had convened inside the Tigray region to outline disarmament plans that were also part of the peace deal signed in South Africa last month, the AFP news agency reported.

The peace agreement said Tigray forces should be disarmed within 30 days of the ceasefire signing, and Ethiopian security forces would take full control of “all federal facilities, installations and major infrastructure such as airports and highways within the Tigray region.”