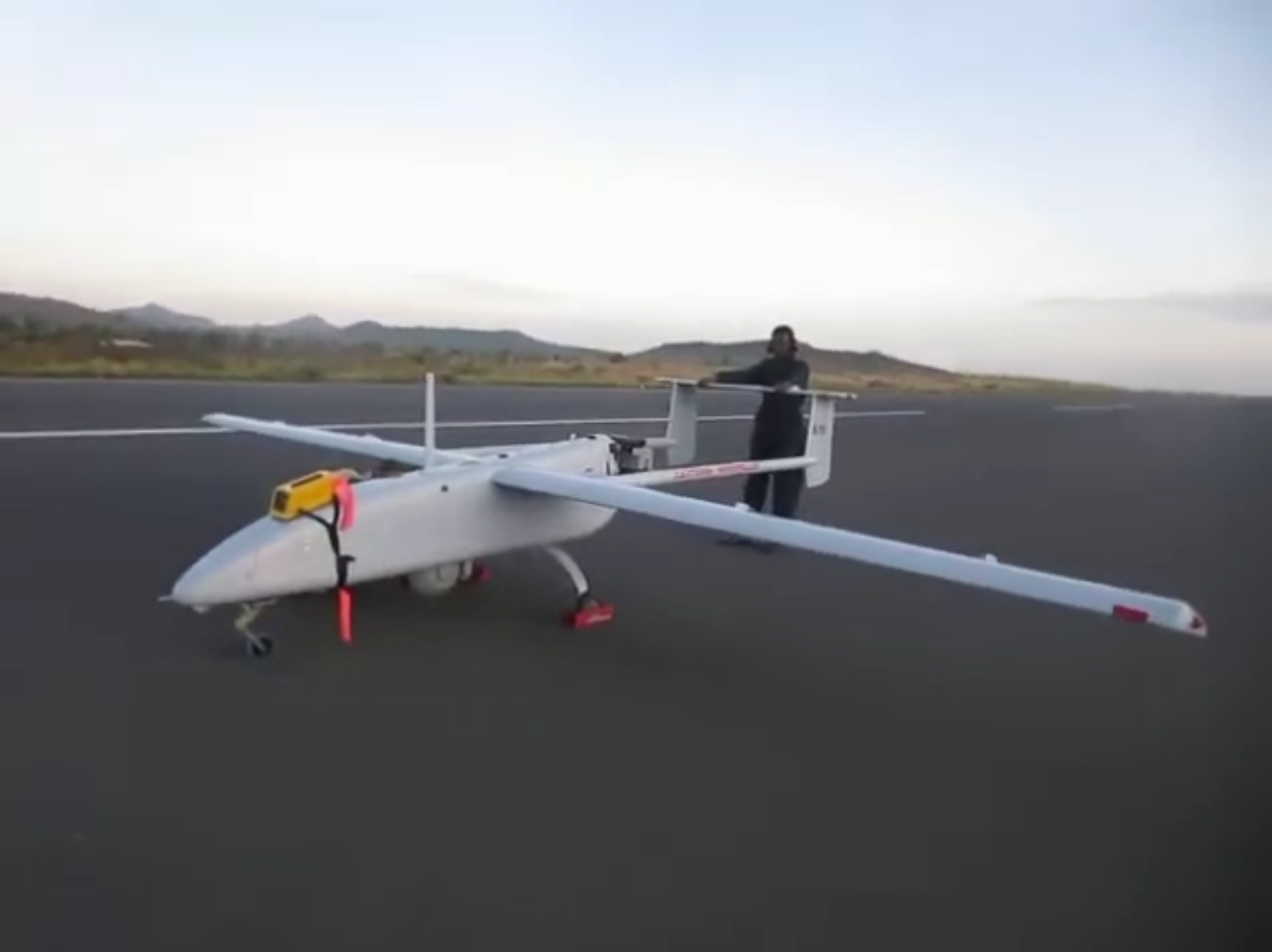 By Stijn Mitzer and Joost Oliemans
Oryx
Monday, August 23, 2021
Ethiopia recently caught headlines for its acquisition of Mohajer-6 unmanned combat aerial vehicles (UCAVs) from Iran. Historically a close ally of Israel and the United Arab Emirates, the choice for an Iranian system is remarkable to say the least, and might have been motivated more by sheer desperation for an UCAV capability to change its fortunes in the ongoing Tigray War rather than a true preference for the Iranian Mohajer-6 over contemporary UCAVs from China or Turkey.
Whatever Ethiopia's reasoning may have been, the choice to go with the Mohajer-6 is especially striking as the Ethiopian National Defense Force (ENDF) was previously wholly reliant on Israeli UAVs for unmanned aerial reconnaissance. For the Tigray War specifically, this could for instance mean that Israeli UAVs will be tasked with locating targets for Iranian Mohajer-6s. Consequently, the Tigray War might go down in history as the first conflict in which Israeli and Iranian UAVs operate together on the same side.
Exactly what Israeli unmanned systems Ethiopia previously acquired for its armed forces has long remained a mystery. Contrary to its manned aircraft, which frequently feature in documentaries and news videos, surprisingly little is known about the acquisition and operation of UAVs by Ethiopia. The limited information that is available reveals a diverse inventory of Israeli UAVs and (commercial) UAVs purchased from China mixed in with a number of unsuccessful indigenous designs.

Undoubtedly its most modern Israeli UAV type is also the rarest one to feature in publicly available imagery. Just twice has the Aerostar Tactical UAS been photographed in Ethiopian service, including once when it was undergoing depot-level maintenance at the Dejen Aviation Engineering Industry (DAVI) facilities at Bishoftu air base. Apart from this sighting and two videos released in 2020, next to nothing is known about their service history in Ethiopia and it is unclear if any of the systems remain operational. 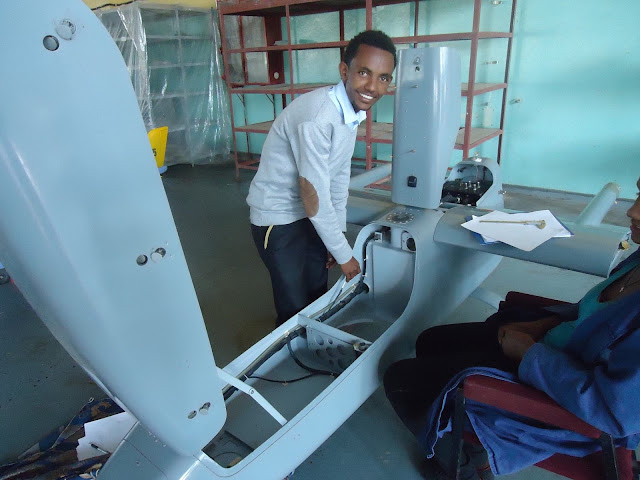 Another Israeli type that was acquired is the WanderB mini UAS from BlueBird Aerosystems. These were purchased in 2011 to form Ethiopia's first UAV regiment, and arrived to Ethiopia along with the necessary infrastructure to maintain the systems. [1] [2] Interestingly, the WanderB was acquired in both the UAV and RC training variant (which can be discerned by the lack of a camera on the latter). In the latter role they are designated as MDAV-1 in Ethiopian service, and it is possible that the RC variant has entered local production as well. However, much like the Aerostar UAV very little is known about their past usage and current service status. 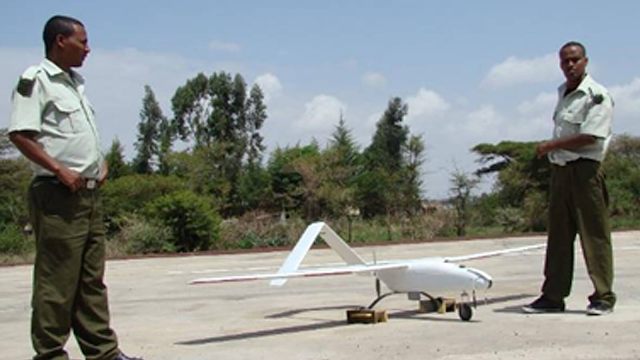 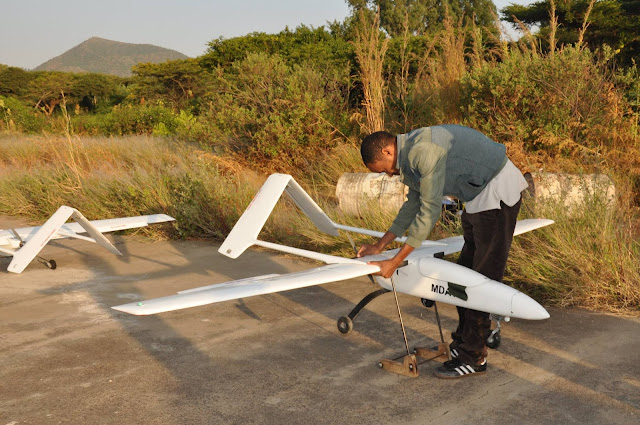 Ethiopia's urgent requirements seem to have driven it to make purchases of questionable political sensibility. However, sometimes the realities of conflict will leave little choice to combatants, which has now resulted in Ethiopia finding itself in the unique position of operating Israeli and Iranian UAVs at the same tim. Whether Ethiopia is to feel the political ramifications of its deal with Iran remains to be seen – a ban on the further purchase or support of Israeli products could only serve to worsen Ethiopia's position. Similarly, whether its fleet of Israeli and Iranian UAVs is enough to stem the TPLF's seemingly unstoppable advance is uncertain, and we might well see additional drone acquisitions in the near future in an attempt to change the country's fortunes. 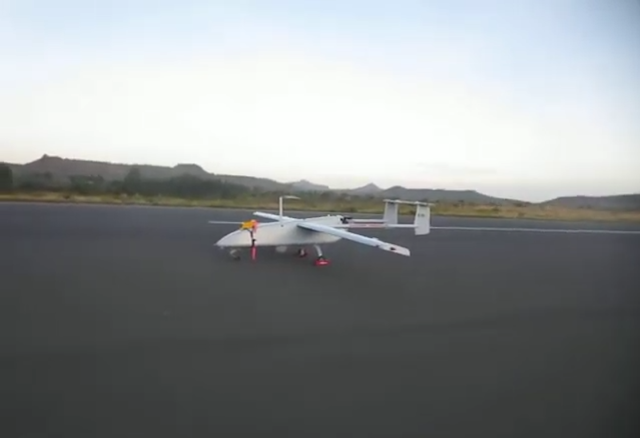